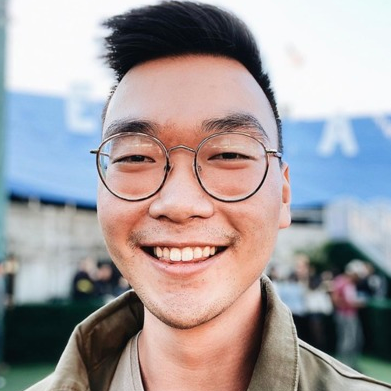 If there's anyone in the remote work space that knows how to scale a massively successful business from scratch, it's one of our customers — Job van der Voort.

Job was formerly the VP of Product @ GitLab, where he helped grow the company from 5 → 450+. Now, Job is co-founder and CEO of Remote, a fully remote company (of course) that enables growing businesses to handle with hiring, payroll, benefits and culture in a country specific compliant way. Last month, Remote just closed a Series A from Sequoia, General Catalyst, Index Ventures, and Two Sigma Ventures, among others.

For our inaugural founder-to-founder series on culture, I caught up with Job to talk about the question that's on every founder's mind: how do you scale remote culture when you're early-stage? Especially when you've never met anyone in person?

Below are some of the top lessons we learned - enjoy!

Bonding calls are scheduled Zoom meetings where teammates get to know each other, and explicitly not talk about work updates. When Job was at GitLab, bonding calls happened accidentally. Teammates would just stay on calls together just to hang out, even if there wasn't a dedicated agenda.

At Remote, Job made this practice official by scheduling bonding calls, 6 times a week (opt-in given that the company headcount is 70+).  He makes sure to schedule these both in the morning, so that Asia and link up with Europe, and in the evenings so that Europe can link up with the Americas.

During these calls, the team uses icebreaker questions and games (especially games like Pictionary, where teasing the worst artist is always allowed 😉).

Serendipity was one of the top concerns for our founders in attendance — here's a great question we got ahead of the AMA: "To Job — after transitioning to remote I feel like the relationships are very transactional. I’m concerned this will become worse with each new hire. How do we continue to promote the feeling of “team”, especially around trust and empathy? It seems hard when we all can’t be in the same room together."

Job often sees other companies fail at recreating serendipity because they never go past Slack, or just rely on large public channels as the crutch to recreate the "watercooler". But back at the office, most serendipity actually happens around a team desk area as the center of conversation (i.e. when folks are coming in, tapping a teammate on the shoulder to chat, getting up to go to lunch, and right before leaving the office).

Job cites Sidekick as one of the tools that help: "Sidekick actually emulates this really well - you feel the presence of your teammates working next to you". In addition to Sidekick, he mentions that all other types of ad-hoc chats can be recreated through other tools (i.e. opt-in Zoom lunch breaks with other folks, easier whiteboarding on Miro and Figma).

Know the inflection points of culture-building, based on team-size

When your team is 8 people or fewer

Job treats this as the golden age when culture is easiest to construct. The general tip here:

At first, hire teammates in time-zones where there's as much overlap with your own time-zone as possible. When you're under 8 people, you can solve all of your culture problems just by hanging out, like on Sidekick as an example.

Don't overthink how to get people to chat beyond making time for each other, and don't add too much process. This defeats creativity.

When your team is scaling from 15 to 50 people:

To Job, 15 is a helpful threshold because it's the maximum number of people you can involve in a single meeting where everyone can say something once (and he thinks that's stretching it too). Job mentions several key tips here:

Anyone building an early-stage product (especially pre-PMF) understands the value of constant experimentation and honest assessment. The same is true for building a thoughtful team culture.

In Job's case, he and his co-founder hold random 1:1 syncs across the company to see how culture is looking under the hood - similar to the Toyota way of "walking the floor". He also carefully looks at attendance / opt-in rate to see how experiments are working over time.

One of Job's craziest experiments (still well-worth the expense) was getting every teammate an Oculus Quest, and then having a company-wide VR day. Teammates got to hang out on the Spatial, Rec Room, and Beat Saber.

This one is pretty simple — if your team is spread across time zones with little overlap, it may be tough to just have one holiday party. The answer here: have several to keep it inclusive!

Thanks for reading! We're hosting more culture-conscious experts for future AMAs and chats, just like we had with Job. Drop us your email to keep posted on our culture-building series.
The best remote culture tips in your inbox

Get curated tips and in-depth interviews with the world's foremost experts on building remote teams.
‍
Thanks! We'll be in touch ASAP.
Thanks! 🎉

Get started for free